Started in 2008, MethodBox aimed to provide a simple, easy to use environment for browsing and sharing surveys, methods and data. Variables (i.e. columns in spreadsheet/csv data) could be searched for, metadata for the variables could be viewed and the variables themselves added to your cart and downloaded. MethodBox contained an internal Web of data through users linking surveys, methods and people together. This enabled more data re-use and the linking of communities of practice.

MethodBox was a Ruby on Rails based Web application seeded with csv style datasets. Its original intention was to support health researchers involved in obesity data investigations with emphasis on datasets from the UK Data Archive. It is now opened up to the community at large and anyone can browse and find data. Registered users can add their own data and create and download data subsets.

From 2009 until July 2017 the public Methodbox instance was hosted at methodbox.org - a legacy instance remains available at https://methodbox.cs.man.ac.uk/ and the source code at https://github.com/myGrid/methodbox 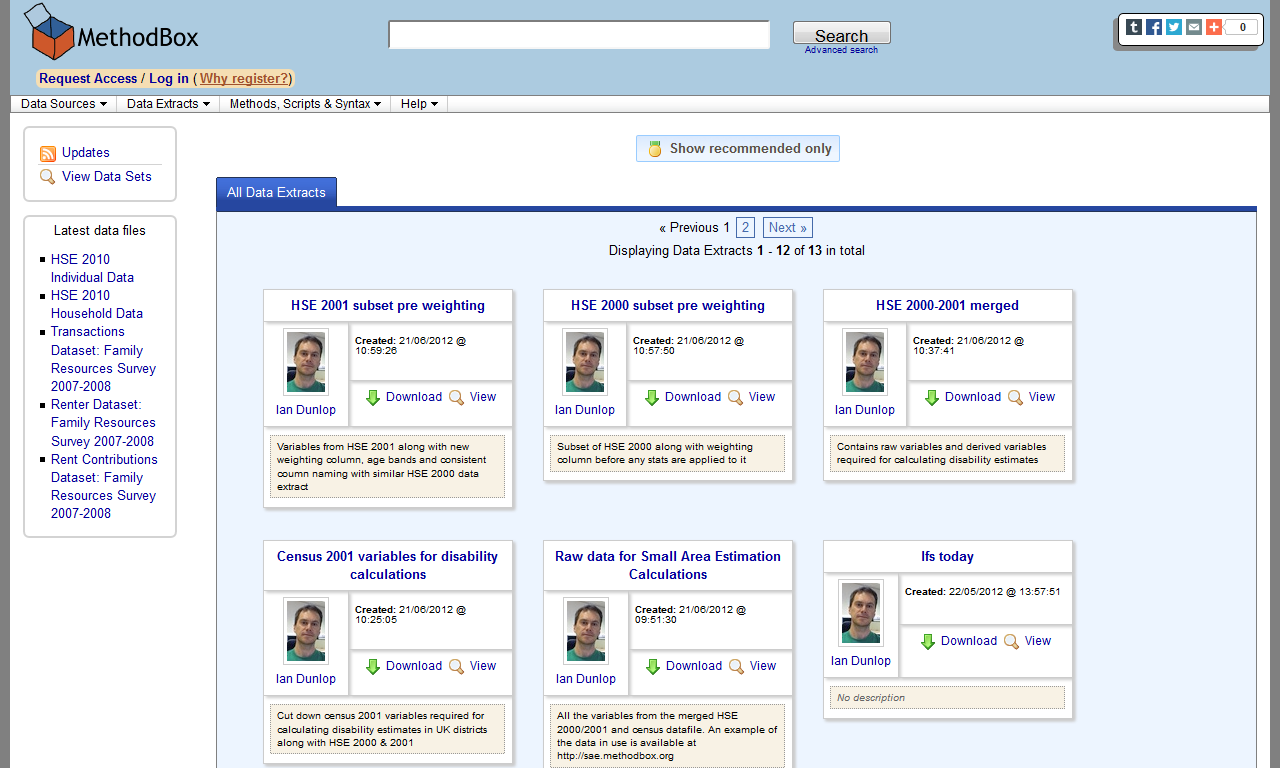 Find out more about MethodBox or see the wiki page.